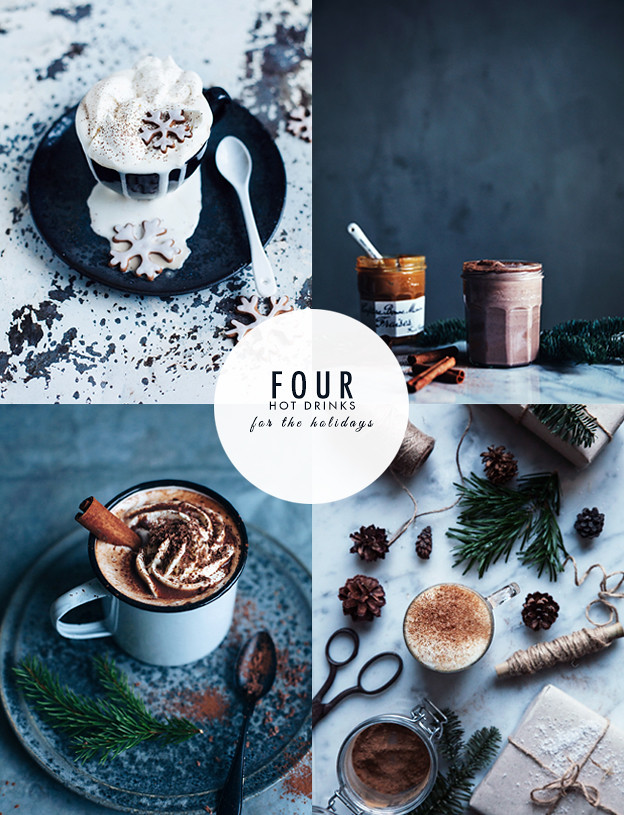 There is nothing more comforting than a hot cup of cocoa during the holidays. In fact, I don’t think I drink hot cocoa any other time of the year than December. Maybe January if it’s cold and snowy (and it always is, and February, and March..). December is never as cold and snowy as I wish it was. Right now I’m sitting in front of my computer (obviously) and the rain is pouring down and it looks like it’s not gonna stop for a while. Make that days. And I’m drinking cardamom coffee.

Now there’s another tip for you, just put some freshly ground cardamom with your coffee grinds and you have cardamom coffee. Ta-da!
Here are a few of my favorite hot drinks which I seem to come back to every year. Enjoy! 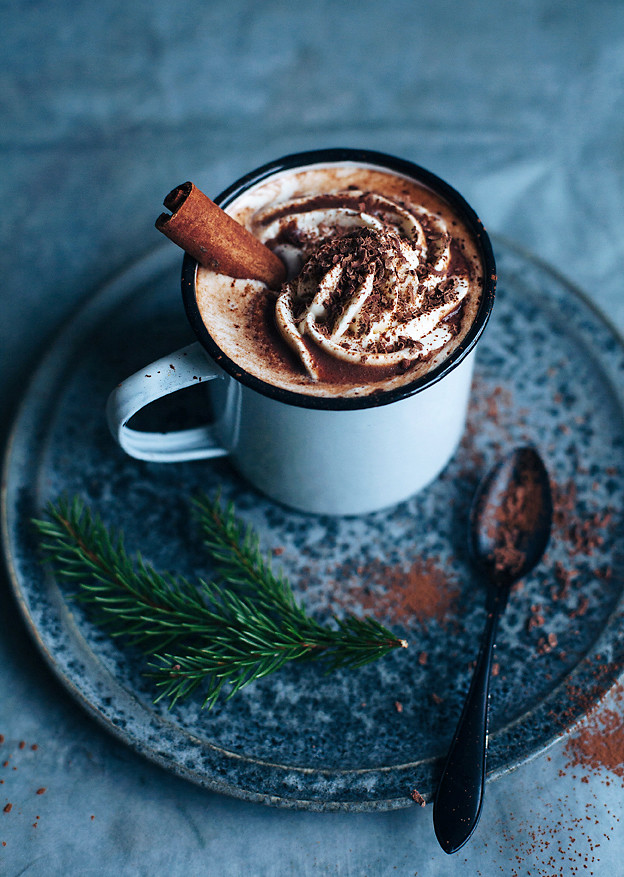 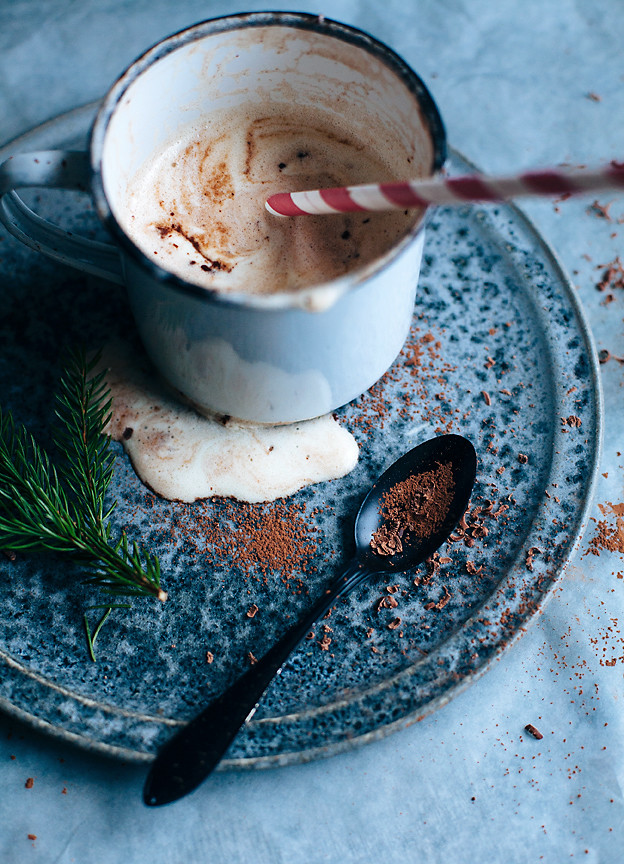 Makes one huge or two smaller cups. If you don’t want to use cointreau but
still want the taste of orange, use orange chocolate or add a piece of
orange peel together with the cinnamon stick.

Instructions
Place water, chocolate and cinnamon in a saucepan and heat until chocolate
has melted. Add milk and bring to a boil. Add cointreau if desired.
Serve hot chocolate with whipped cream, cocoa powder, grated chocolate and a cinnamon stick. 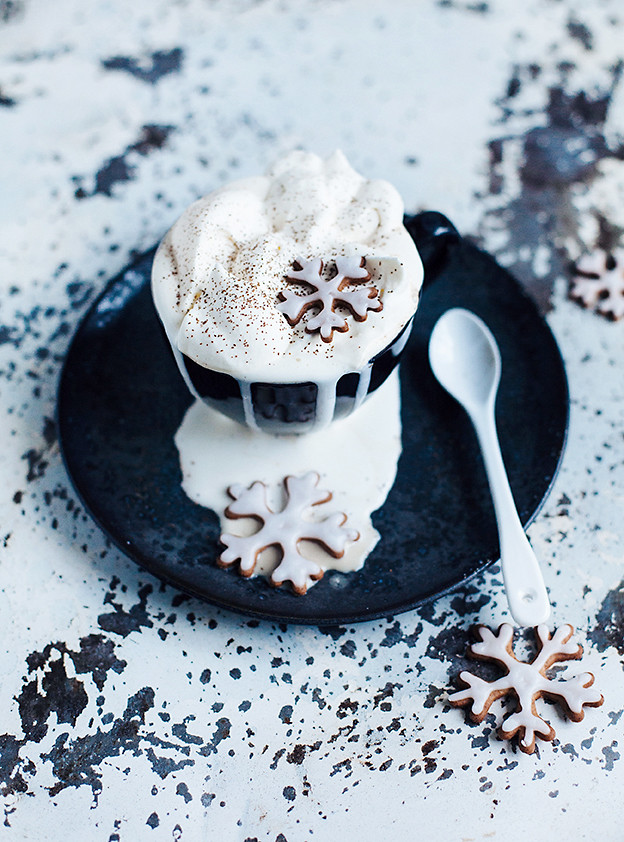 Gingerbread spice mix
I highly recommend grinding cardamom and cloves at home instead of buying. It does make a huge difference – just make sure to grind them finely!

Mix all ingredients and store in an air tight jar.

Bring espresso, milk, spices, syrup and vanilla to a boil in a saucepan. Strain if needed. Pour mixture into a large cup and top with whipped cream and a dust of gingerbread spice mix. 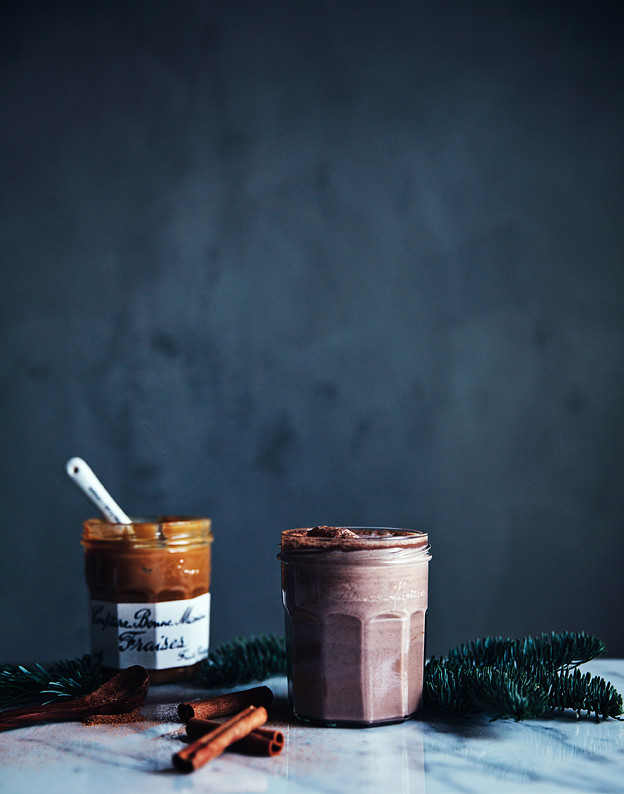 Instructions
Heat milk, dulce de leche and a piece of chocolate in a saucepan until chocolate has melted. Let come to a boil, then pour into a cup. Top with frothed milk and a sprinkle of cinnamon. 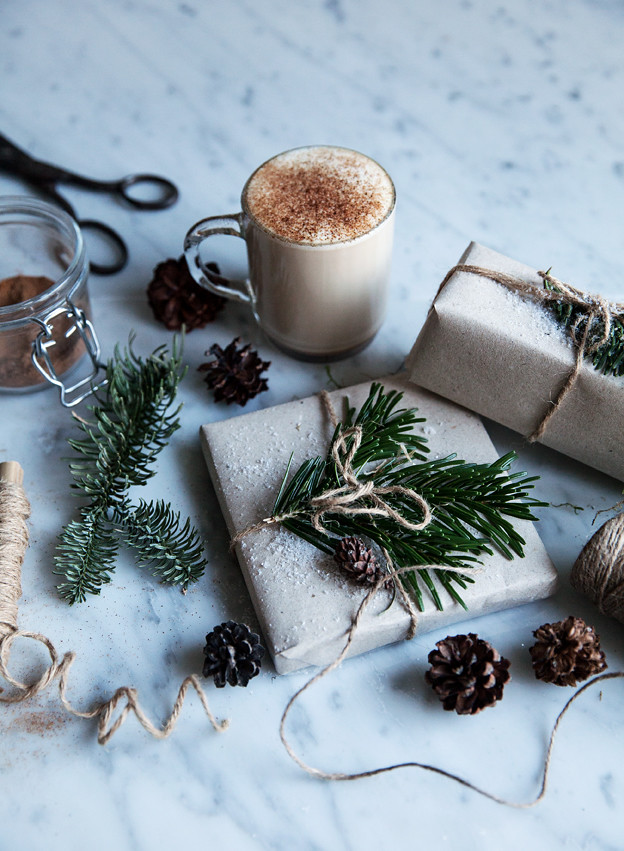 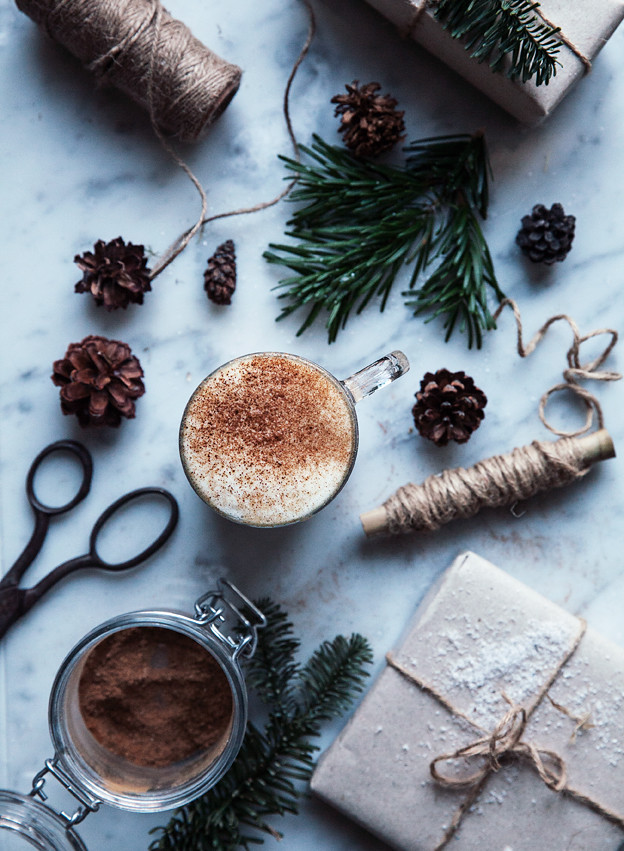 Chai spice mix
This is my very easy version of chai latte. There are of course other ways such as boiling a chai syrup with cinnamon sticks, fresh ginger and so on, but if you’re in for a quick fix – this recipe is for you!

Mix all ingredients and store in an airtight jar.

For the chai latte
Makes one cup

Bring all ingredients to a boil in a saucepan and stir until sugar is dissolved. Let sit for one minute. Strain mixture once or twice and top with frothed milk and cinnamon. 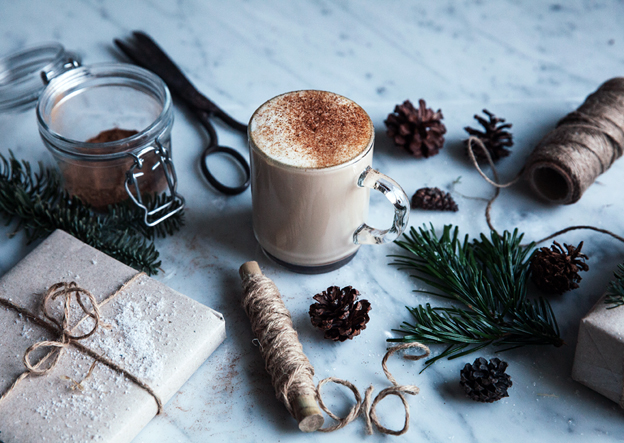 New Blogpost! This Lilac Syrup and a 3-ingredient

Today is finally the release day of the book we’

Happy Easter, if you are celebrating today ☀️

How about a nettle and lemon bundt cake? I made th

Guys!! Guess what? I created presets for Lightroom