I realize that when I post this, the lilacs have already bloomed for most of you. Up here in Sweden, they’re still blooming and you probably have a few days to make these recipes, especially if you’re further up north than I am!

Either way, there will be a spring next year, and the year after that, so you have many springs to try these recipes! I’ve tried a few different versions of each recipe, but I found that every time I poured a hot liquid over the lilacs, that heavenly scent and taste disappeared. It still tasted good, but not what I was after.

Pouring lukewarm syrup/cream over the flowers instead did the trick, releasing flavour but still retaining it – perfect! I did however cheat and added 4 blueberries to the syrup for a little colour, though I haven’t tried without, so that’ll just be a little surprise for you! I was quite blown away by how much colour those four blueberries (and a splash of lemon juice to adjust redness) added. Just goes to show how amazing natural colorants are. Do let me know what colour yours turn out if you decide to give it a go!

Make sure to rinse the lilacs properly, and don’t buy them from a florist – They don’t have the same fantastic scent and will most likely be sprayed with something that you don’t want in your food. If you find someone who sells organic, unsprayed lilacs and they smell good, go for it! But best is to pick them in you garden or an area that you know (with permission of course). You can use the syrup in lattes, tea, whipped cream, on pancakes.. the list goes on! 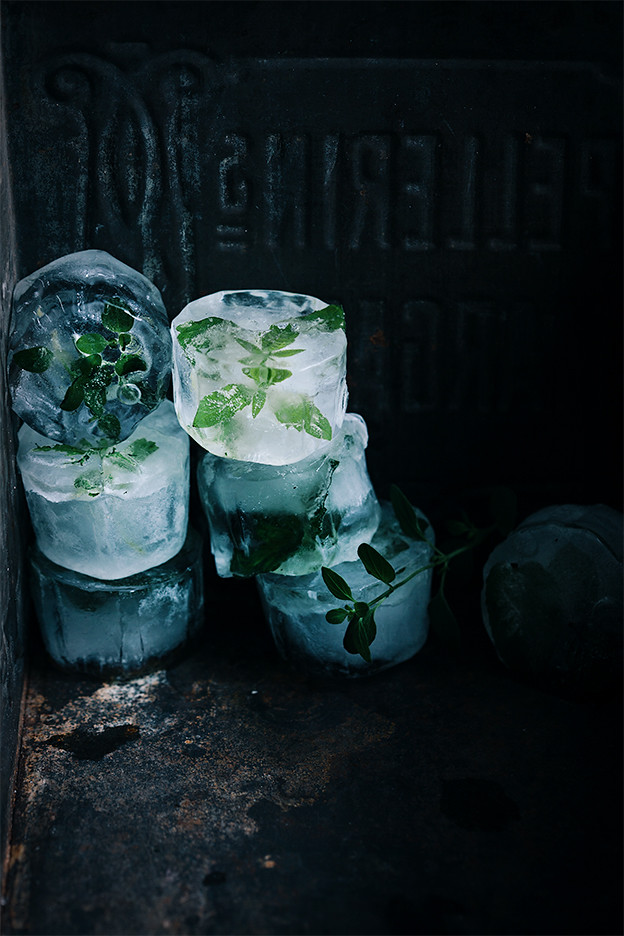 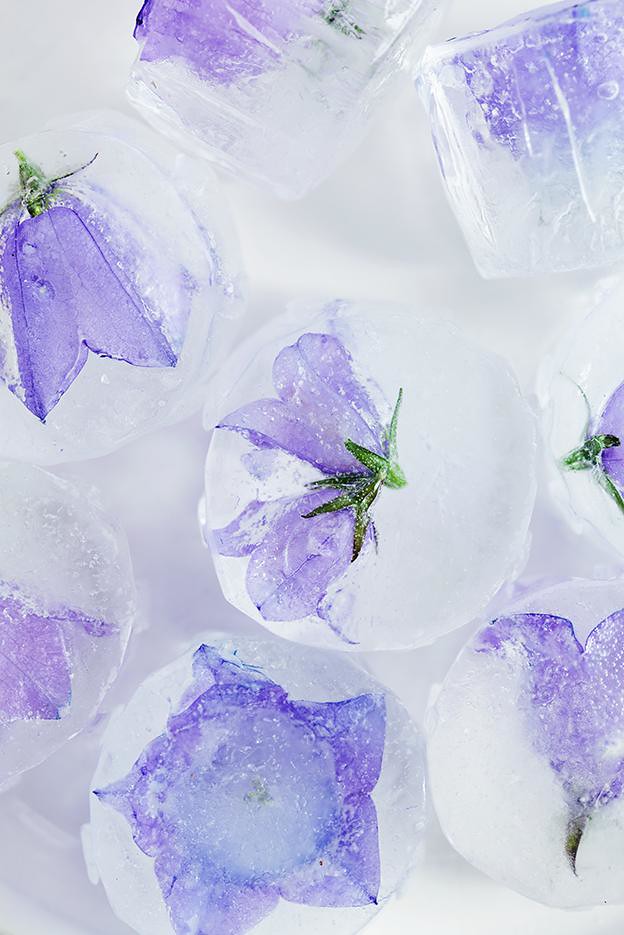 Some time during spring and I tend to stock up on lots and lots of fresh herbs just because they smell lovely and make my kitchen look so much better (and they make food taste better too, of course). I usually go for the biggest plants I can find which means I rarely use up all of the herbs. A great way to preserve the fresh herbs is to freeze them. Now, these herbal and floral ice cubes are more for decoration, to make your summer drink taste and look a little bit better (I mean imagine using ice cubes with mint in a mojito, or just plain water). If you want to preserve herbs for cooking, you can chop them finely, put them in an ice cube tray and fill with a little bit of water or even olive oil then you just throw them in the food you’re making. Simple as that! If you’re using flowers for your ice cubes – absolutely make sure they are edible and that they haven’t been treated with any chemicals first. The flowers I’ve here used are bellflowers (campanula). There are many kinds of bellflowers and I cannot guarantee that all kinds are edible (I find lots of info on edible campanulas in Swedish, but very little on the subject in English). If you’re feeling insecure you can always use rose petals, lavender, lilacs or elderflowers instead. As with all flowers, I suggest eating only small amounts to be on the safe side.

Many recommend boiling the water first to make sure the ice is as clear as possible, though I haven’t tried this method myself (too impatient!). 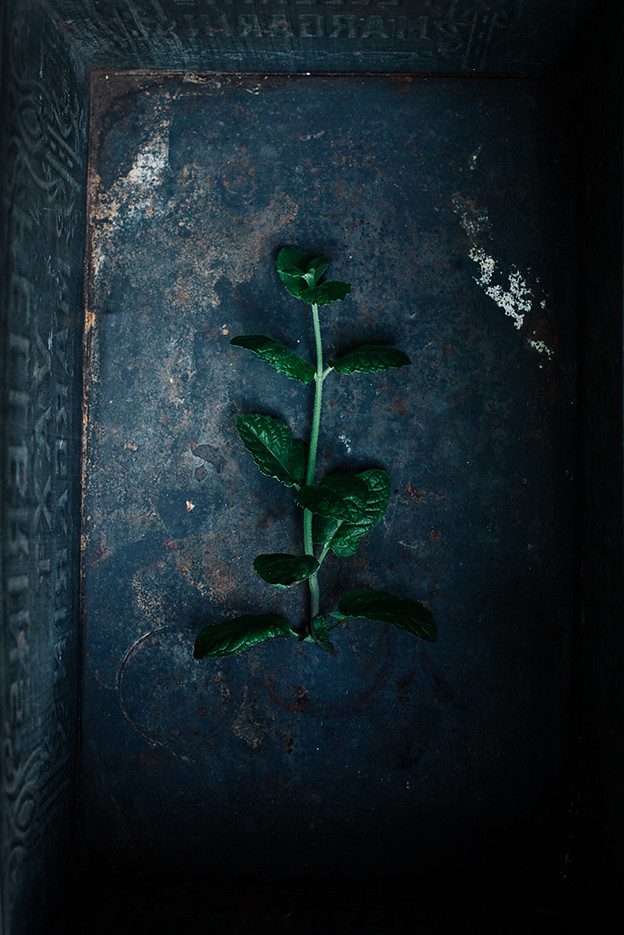 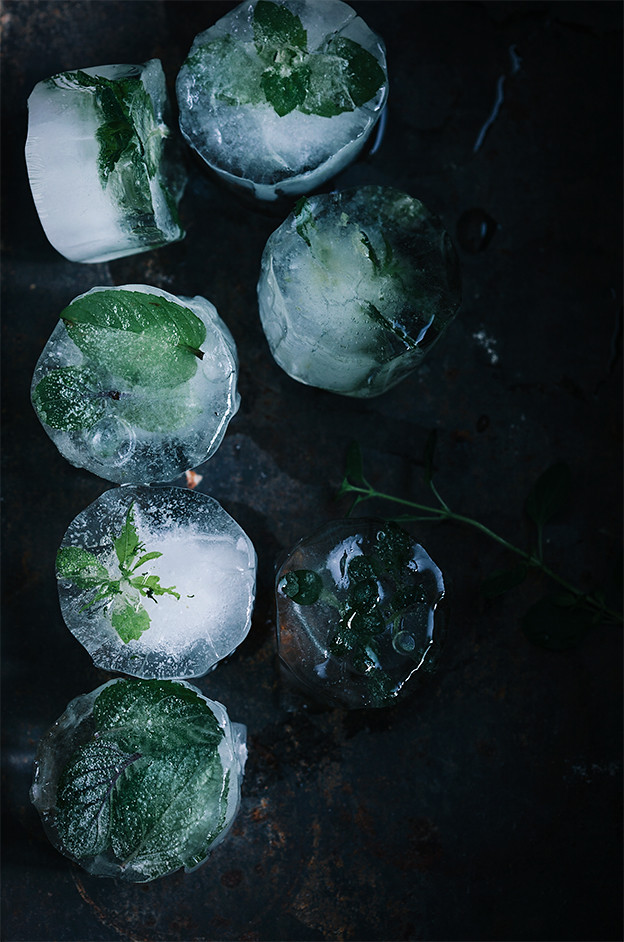 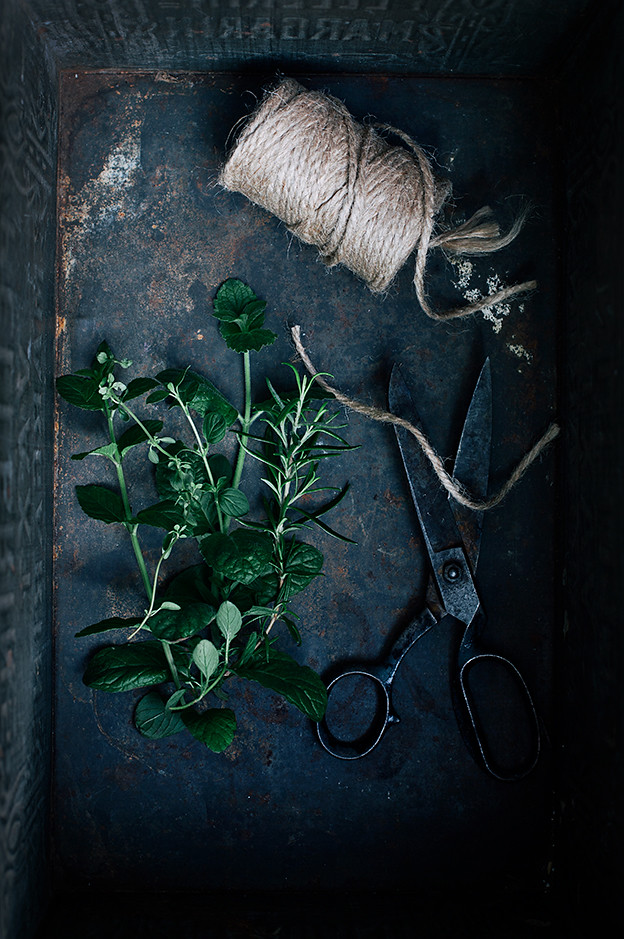 Fill ice cube trays with water, about 1/3 full.
Put the flowers or herbs in the water and freeze (to ensure the flower/herbs stays in place). Fill with water to the top and freeze again. 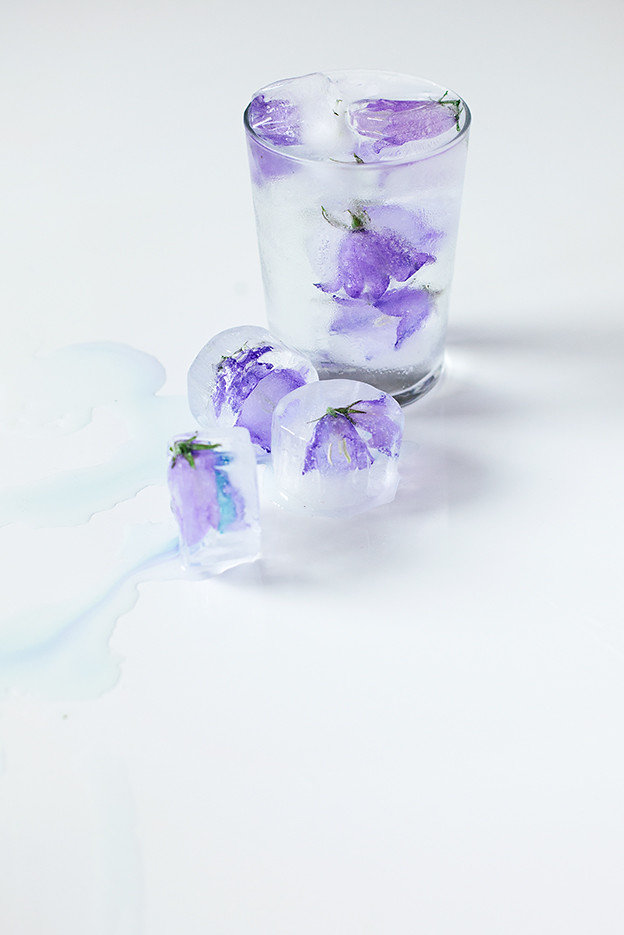 I can’t even begin to explain just how much I love these flowers. They make me all giddy! They smell incredible, and the fact that they are edible make them even better.
Making lilac sugar is super simple – all you need is lilac petals, sugar and a jar. That’s it! A perfect way to preserve the smell of summer for months to come. It’s also a perfect gift!

Layer flowers and sugar in a jar. Let stand dark and cool for a few days, shake every now and then. Now your sugar is ready to use. Perfect for baking or in a cup of tea. 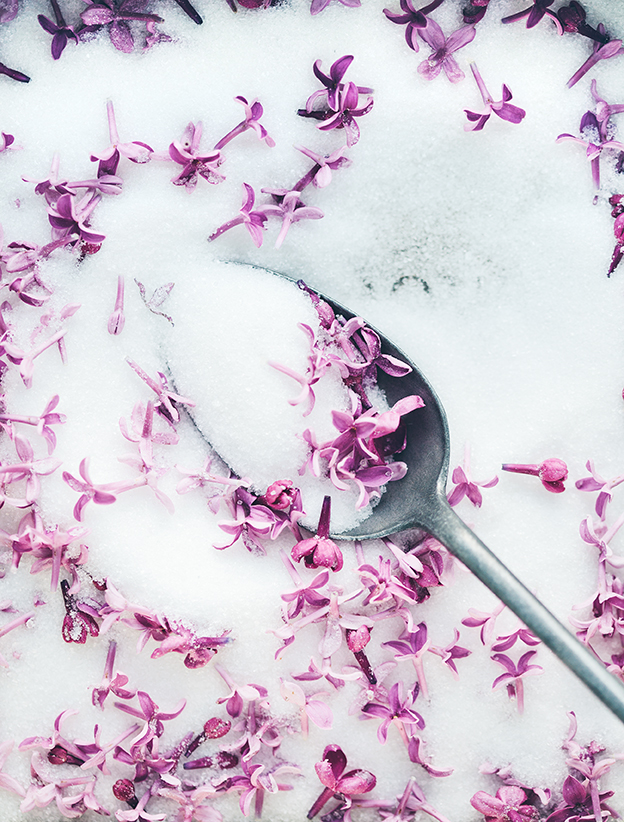 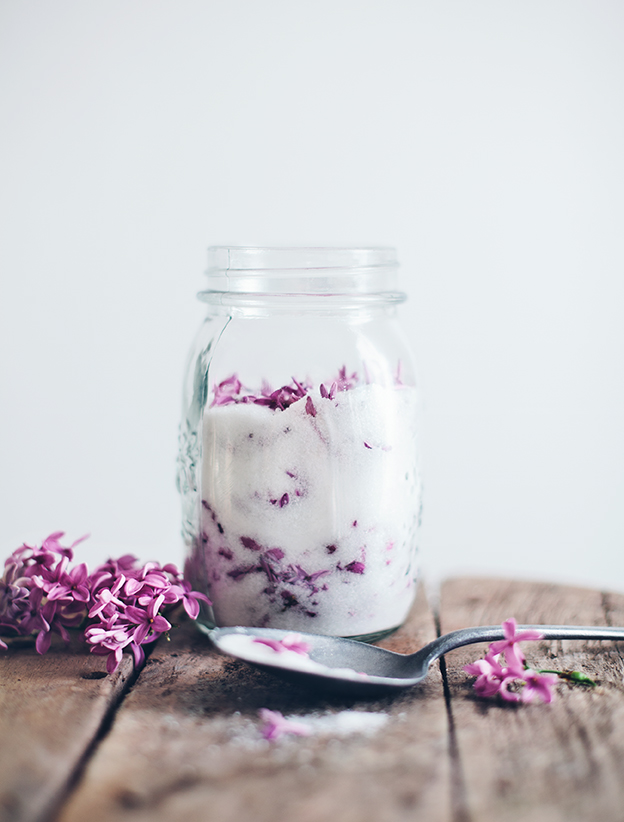 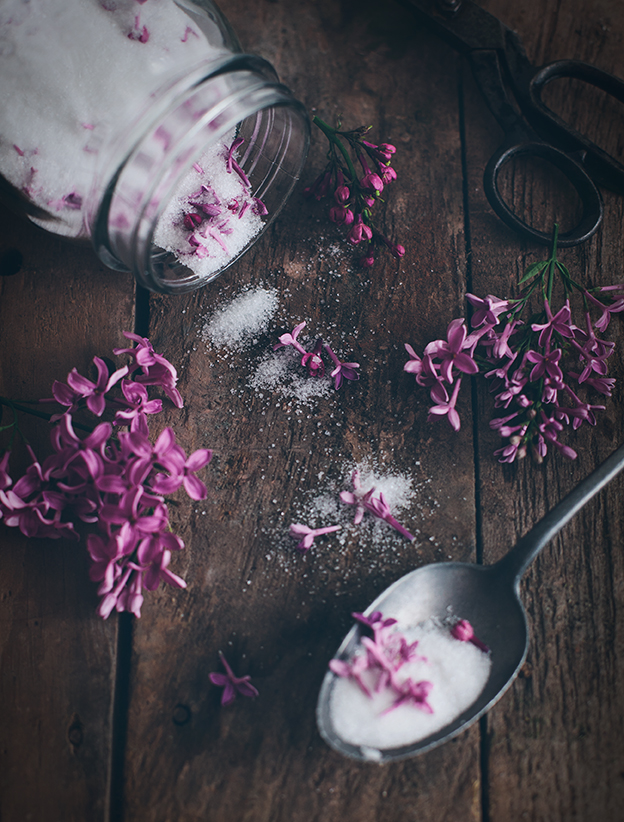 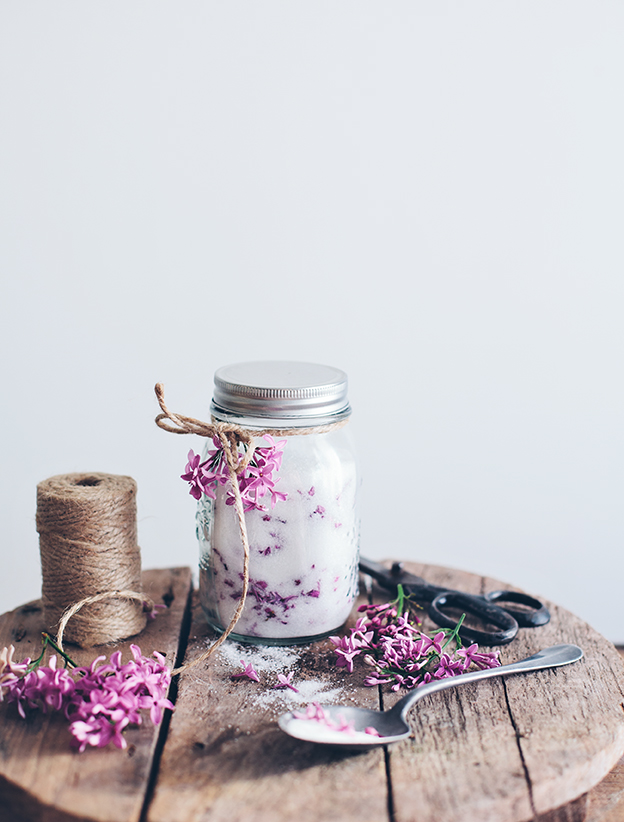 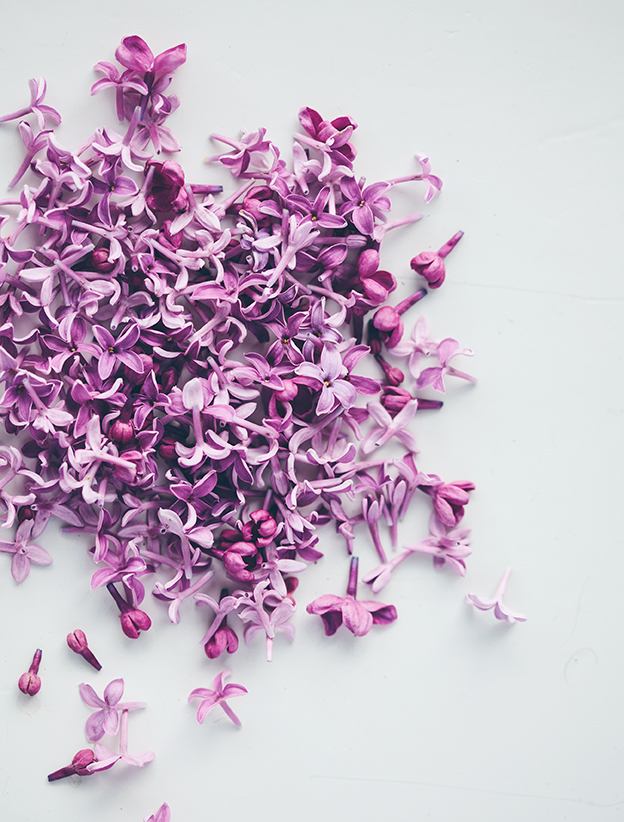 New Blogpost! This Lilac Syrup and a 3-ingredient

Today is finally the release day of the book we’

Happy Easter, if you are celebrating today ☀️

How about a nettle and lemon bundt cake? I made th

Guys!! Guess what? I created presets for Lightroom

What I’ve been working on for the past year.. @m